Easy, yeasted cinnamon rolls. I made it exactly as the recipe described. A crowd always gathers when they come out of the oven. Favorite activity: scraping the goo off the bottom of the pan.. I did ice them with a powdered sugar glaze. They were delicious. Everyone loved them when I served them to my morning bridge group. I have been trying various cinnamon roll recipes. These were abosolutely the best and the easiest!.. I will never use a different recipe. 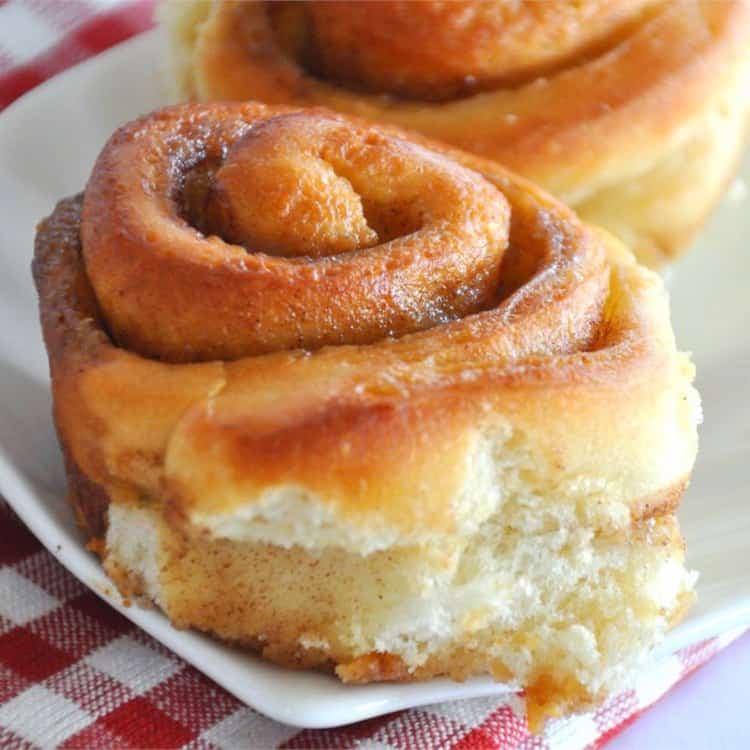 In a large bowl, dissolve yeast in warm water. Let stand until creamy, about 10 minutes. In a small saucepan, heat the buttermilk until warm to the touch.

Pour the buttermilk and oil into the yeast mixture; mix well. Combine the flour, salt and baking soda. Stir the flour mixture into the liquid 1 cup at a time, until a soft dough forms. Turn dough out onto a lightly floured surface and knead 20 times. Cover and let rest for 15 minutes. In a small bowl, stir together the butter, brown sugar and cinnamon.

On a lightly floured surface, roll dough out into a large rectangle. Spread the brown sugar and butter mixture over the dough, roll up into a log and pinch the seam to seal. Slice into 1 inch pieces and place cut side up in a lightly greased 10×15 baking pan. Cover and let rise 30 minutes or cover and refrigerate overnight. If baking immediately, preheat oven to 400 degrees F (200 degrees C).

Bake in preheated oven for 20 to 25 minutes, until golden brown. Let stand for 2 to 3 minutes before serving.