This Cinnamon Ice Cream was delicious and pairs well with apple pie. It reminded me of the ice cream we loved from a little ice cream place in Santa Cruz California.. Very thick and creamy after it “set up” in the freezer. I served this with homemade chocolate sauce and it was a big hit.

A few things I learned that might help you: – I doubled the recipe and forgot to take into account that it would take longer than the recipe instructions for the mixtures to heat on the stove. I stirred constantly and waited patiently and it paid off but it did take a long time. – I also failed to consider that for my ice cream maker at least the mixture needs to cool before churning. Since it was coming hot off the stove I had to let it cool on the stove then in the fridge for a while which added about 45 minutes to my planned cooking time. I hate taking a long time to cook but I’m not kidding you every minute was worth it. It was delicious and received rave reviews from our dinner guests. I served it solo and think to have served it with anything would take away from how good it was! 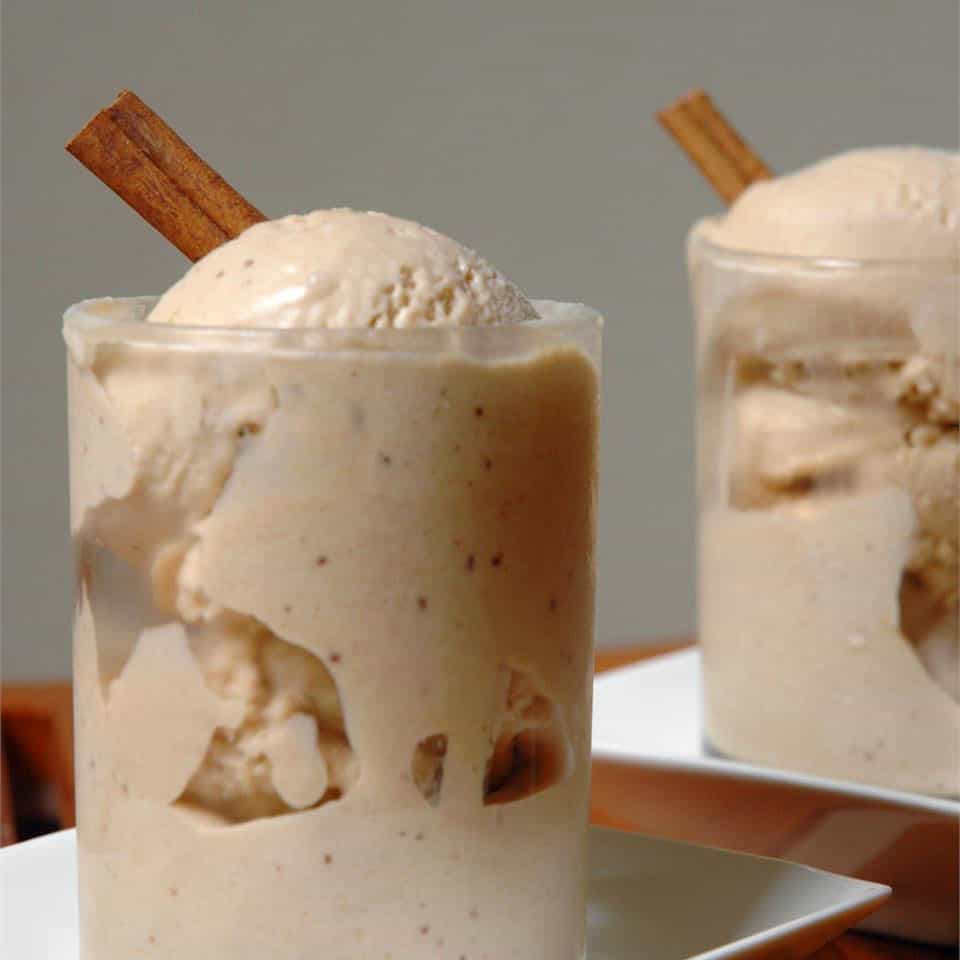 In a saucepan over medium-low heat, stir together the sugar and half-and-half. When the mixture begins to simmer, remove from heat, and whisk half of the mixture into the eggs. Whisk quickly so that the eggs do not scramble. Pour the egg mixture back into the saucepan, and stir in the heavy cream. Continue cooking over medium-low heat, stirring constantly, until the mixture is thick enough to coat the back of a metal spoon. Remove from heat, and whisk in vanilla and cinnamon. Set aside to cool.

Pour cooled mixture into an ice cream maker, and freeze according to the manufacturer’s instructions. 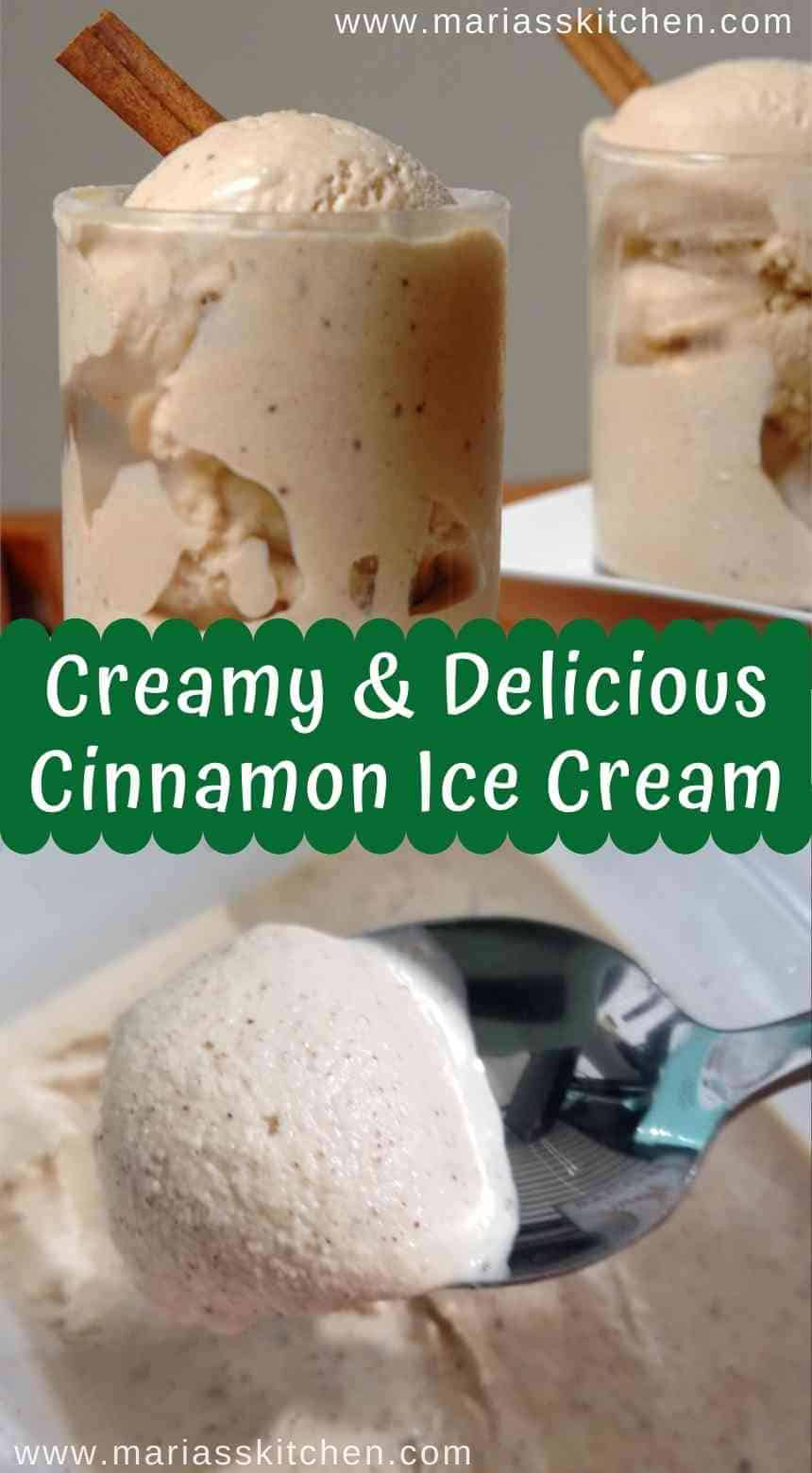